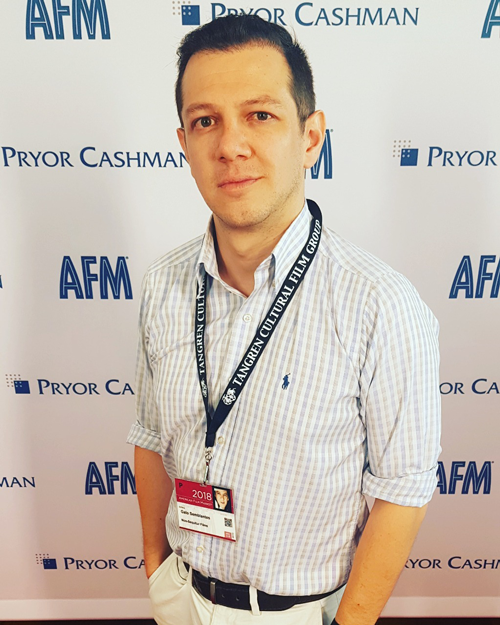 Galo Semblantes attended San Francisco de Quito University, where he obtained his bachelor’s degree in Film and Video in 2009. In 2010 he was the third assistant director of the film “Mono con Gallinas” by Alfredo León. Later, he continued his master’s studies in film in the city of Los Angeles until 2013. Shortly after graduating, he worked on the film “Dance of Insanity” by Mexican director Tatiana Beller. In 2017 he traveled to Arizona as director of photography for the film American Dreams by Thomas Schade.

Since 2014, he has taught directing and producing as a professor at Universidad de las Américas(Quito). He has worked in commercials and theater productions as well.

In 2013 he began his debut film, the documentary La Leyenda de Tayos. It is in that same year that he applied to the National Film Council and is one of the beneficiaries of the fund for documentary production. The film also won the Post-production fund in 2018 and Distribution in 2021. Its release is expected in early 2021.

In 2013 he began his debut feature “La Leyenda de Tayos”, a documentary that will be released in 2021.